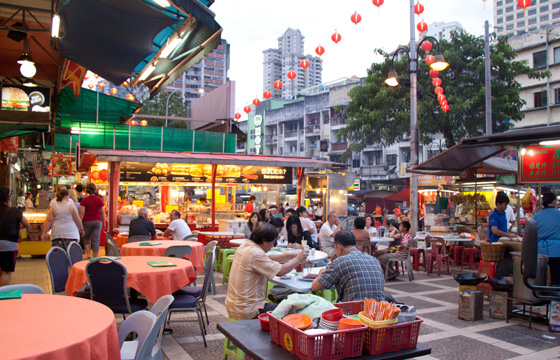 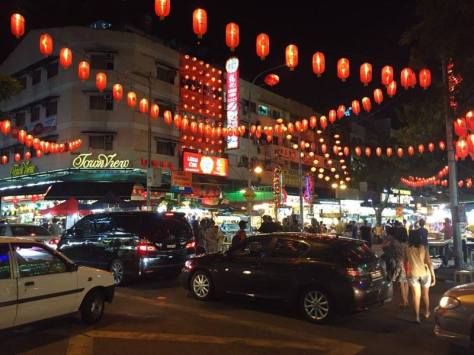 Last weekend, I was supposed to attend the scientific meeting in Kuala Lumpur. Luckily, the location of the congress is near Bukit Bintang which is one of my favorite places in KL. Well, it was a red light area and you can still see the remnants of that kind of activity there although everything is under control now. I used to see lots of LGBT wearing beautiful dresses, waiting for someone under the lump posts although I do not see them anymore now because of excessive crack down. When my friend from Germany visited me , I booked the hotel near Bukit Bintang and asked her to come to the hotel with a taxi from airport. She was chatting with a taxi driver who turned out to be a very nice woman , a single mother. When my friend asked her ” how is Bukit Bintang?”, the taxi driver lady replied ” oh, that’s the place where you can see maximum number of prostitutes” and she was laughing in the taxi. I told her ” don’t worry, we don’t look like prostitutes anyway”. Seriously, a lot of Malaysians think that area is spooky.

But I have reasons to like Bukit Bintang because of Jalan Alor which is a food heaven. There are always rows of hawkers selling local delicacy and the aroma of food fills the air. There are lots of fresh fruits which you can enjoy all season including my favorite durians.  More than that, there are various kinds of street performers , mostly disabled people who really have musical talent. They never stop amaze me  as the music is usually top notch.  Sometimes you can even see the whole band displaying and singing on the pavement. I really love them. Another reason is you can have massage and pedicure there. Lately, the economy is not so good and there are less tourists, so the number of massage lounges decreased compared to last time. However, they still offer the good quality massage if you know how to choose the right place. 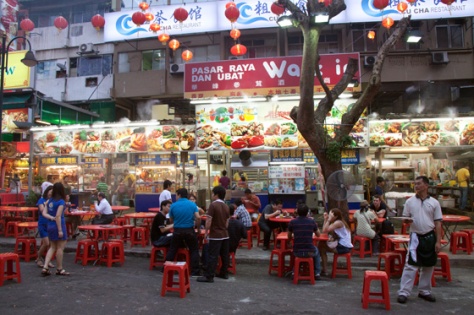 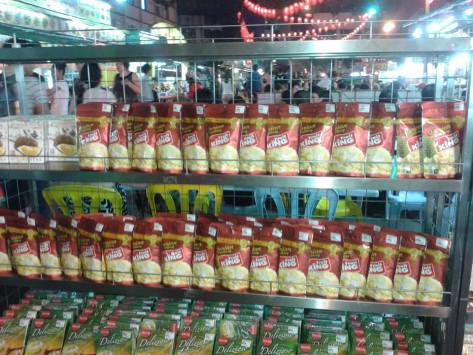 The shops are too many selling many variety ranging from local Malay, Chinese food to Middle Eastern diet until you feel dizzy to choose. The best is to come back very often rather than to pay a single visit. 🙂 and mind you, you have to go there at night and the shops open almost the whole night till 5 am in the morning including the massage parlors. For your information, please don’t think that all girls who are working in massage parlors are doing fishy business because they are not. I saw a few girls who come from Sabah to work in KL and they are pretty decent and very good with their job. I even paid them tips. And the person who is in charge of the massage parlor was very protective of the girls. So for me, even though people talk a lot of bad things about Jalan Alor, I find the place quite safe to go alone.

May be the only problem with me for going there alone at night  is mainly because I am an Asian woman. It’s no problem seeing lots of white ladies wondering alone. But because I am an Asian who really looks like a local , I might look odd, but usually I don’t give a damn. ( as usual ). So I was very happy, enjoying the music and the food. I went inside the local food stall and the place was quite congested and there was no empty table. I was forced to share the table with someone else . So I looked around and found a young Chinese man, sitting quietly alone at the table. I found him pretty decent and asked him ” can I take this chair?” and he said ” sure, if you want to ”  hesitantly. I was surprised because he sounds like British and the accent is very different. Then only, I realize he is a tourist . Then, the waiters were giving him hard time like giving him food without any spoon and fork nor the chopsticks. I couldn’t help smiling as I know the waiters are Burmese and they were too occupied to notice it. After I helped him to get his chopsticks, he warmed up and smiled at me . Then we started talking just to kill the time while waiting for my food.

I found out he is in his 20s from Hong Kong and studied business management in UK for four years. When he smiled, his eyes sparkled and I found him as a very likeable person. I always thought I am a curious person, but he is more curious than me and asked me a lot of questions and he was surprised to find out I am not a local and come from a different country like him. He said ” you look like a local” and I explained him that’s everybody says wherever I go. Even in Indonesia, locals insisted ” hey, please don’t pretend like you are a foreigner, you must be an Indonesia”, lol. It should be the other way round but mine is always a different story. I told Ken that I  am not afraid of going new places and quite confident that nothing will happen to me. So that confidence gives me impression that I am familiar with the place although I am not most of the times. I found out he was going to Taman Nagara, national forest of Malaysia and I showed him a few photos I took there in 2009.

Well, here is the interesting part. Ken is a bright and talented person although he confessed his education mainly owes to his parents who can afford expensive university in UK. Then I told him ” yeah, that’s the admirable thing about Chinese. They encourage their children to study and the parents invest in education”. He looked at me by my surprise and said this ” No, I think it’s too much”.

It’s an interesting part because he looks like a typical ambitious Chinese young man from a developed country, but he was saying something which was contrary to my expectation. I asked him ” why?” and here are his statements. According to him, most people work very hard in Hong Kong especially accountants. Business is always thriving and accountants are always in demand. Ken said most people work from 9 am to 7 pm which is pretty normal for them and they have days off . But for accountants, they work from 10 am till 3 am in the morning sometimes. And usually their exam is held on 27 December exactly a few days after Christmas. For that reason, they are continuously stressed although they earn much more than other people. One of Ken’s close friend is getting sick and his eyes are tinged with yellow color most probably due to chronic liver disease, but he refused to see a doctor as he has no time to take care of himself.

Then Ken went on, ” Do you know we have to study three languages compulsory since young , Cantonese, Mandarin and English” and we can take optional another foreign language such as Italian, or France. Children have to study and read a lot. One time, I was on the subway and a ten year old boy was talking to his mom near me. He was discussing about solar system and Einstein which was pretty impressive. And he was only ten” and then Ken said ” Do you know we send the kids to nursery as young as two year. Before they enter into primary school, they need impressive CV”. I was shocked. I said ” you mean two year old needs CV” and he said ” yes, because without a good CV, they can’t enter into a good school”. I was speechless. Ken said he realize whatever they were doing in Hong Kong is not really good only when he went to UK to study. He said ” you know, I was out of the box, so I could see the whole picture and realize people shouldn’t train their kids that way”. I totally agreed with what he said.

Then I showed him my pictures taken in Indonesia and he was awed. He didn’t think that kind of beautiful nature exist anymore.  He said ” I am happy to meet you, now at least I can talk to someone”. We strolled  along the street togehter and I helped him to buy the insect repellent at 7-11. He even bought me a drink. Then there was the time to say good bye and we parted.

On the way back, I saw a woman sitting beside the road, holding a toddler and shouting. She did not sound sane. There were lots of foreign workers repairing the road and some middle Easterners crossing the road. I headed towards the hotel with some thoughts in my mind. I am happy for meeting a new friends and look forward to see unmet friends in the near future.

2 thoughts on “Meeting with Ken at Jalan Alor”